Various Memory: museums in the lands of the Polish-Lithuanian Commonwealth, era of the partitions

The third scientific conference will, as part of research project the Museum in the Polish culture of memory (until 1918) financed by the National Program for Humanities Development, be a summary and public presentation of its results in the traditional form of publications and papers, as well as the digital, semantic database of institutions of museum character covered by our research. Above all, it will be devoted to the diversity that characterized this area of ​​culture – the diversity of forms that the museums have taken, the collections and substantive scopes of their activities, the fulfillment of their mission through the narrative being built, and finally the missions themselves, i.e. goals and messages. Our research, the collected source material and its analysis revealed a number of previously overlooked aspects of the early history of Polish museology. What matters here are the connotations associated with the very term of the museum, and the number of institutions created before 1918 (nearly four hundred, ephemeral at times yet operating to this day), and their impact on artistic and intellectual culture. However, it is diversity that would characterize them rather accurately.

It was to a large extent the result of the lack of independent statehood – within the framework of three other ones functioning here in the years 1795-1918, the territories of the former Polish-Lithuanian Commonwealth were peripheral, and in a sense colonial. Therefore, it was not possible to develop a uniform structure of museums and a model of their ownership status, financing and functioning. However, the diversity of memory, for which the museum is a temple, a treasury, a research institute, but also a kind of theatrical scene, had to be of fundamental importance. Pierre Nora one wrote: “… there is as much memories as there are many [community] groups” (Between memory and history: lieux de memoire). During this period, the territory of the Republic of Poland constitute an excellent research area in this respect. On the one hand, there lived the tradition of the pre-partition bazaar of nations, states and religions, where various memories crossed each other, overlapped, clashed, co-existed, competed, and fought each other.

On the other hand, history imposed a fundamental confrontation on the memory of the citizens of the then-liberal Republic of Poland with the memory of the invaders, which was also reflected in the area of ​​museology. Responses to the projects and activities of Polish museums were crucial, as well as a kind of competition between them and museums inspired by the authorities of that time, particularly strong in Greater Poland, and mainly in Poznań (Mielżyńscy PTPN Museum and the Kaiser Friedrich Museum), to a smaller extent of the Russian partition, the Kingdom of Poland and the lands incorporated into the Empire, and in principle absent in Galicia during the period of autonomy. At the same time, it should not be overlooked that this “memory of the citizens of the Republic” was by no means homogeneous in terms of nationality, being the main factor determining the diversity of the museums under the research. In addition to Polish, there were Ukrainian, Lithuanian, German and Jewish museums, that also referred to religious/ denominational divisions (mainly opposition to Catholicism in the Russian partition), and finally reflected the local memory and memory of ethnic groups such as Kashubia, Hucula, Kurpie, and Silesians.

As a basis for the debate, we would like to propose three closely related thematic areas:

To participate in the conference we invite representatives of all areas of museology having an equivalent in the collections existing in the lands of the Republic of Poland until 1918. We also invite our fellow Russians, Germans, Jews, Lithuanians, Ukrainians, Belarussians, Latvians, with whom we have heritage and memory, very often difficult, and sometimes even tragic, but common, creating the same – although diverse – culture of memory. 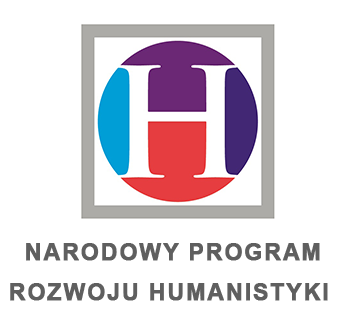